He is a man after God's own heart. He lives, eats and breathes the consciousness of the love of the father and sees only testimonies of his love. 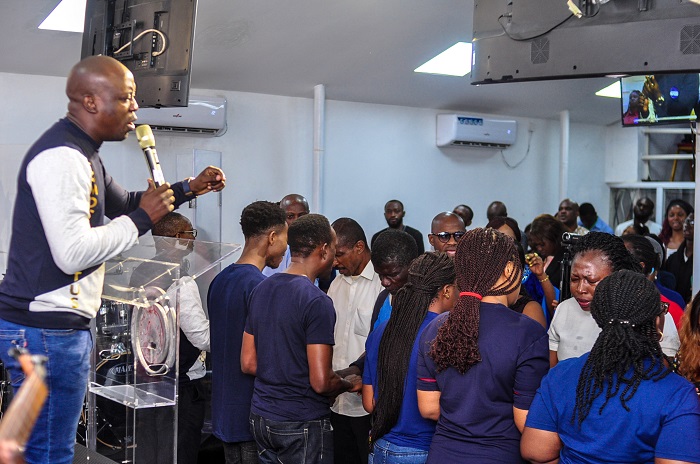 Gbenga Samuel-Wemimo is a man after God's own heart.

He lives, eats and breathes the consciousness of the love of the father and sees only testimonies of his love.

He holds a degree in Mass Communications obtained from Bowen University in Iwo, and a diploma in theology from the Bible College of the Redeemed Christian Church of God, RCCG.

He had a brief stint in Broadcast Journalism during which he practiced t at Lagos Television and Core TV. As a Television journalist, Samuel-Wemimo excelled as a producer, building tv brands like Core digest (at Core TV) and Prime Shelter ( at Lagos Television) from the scratch.

As a sports enthusiast, he was also sought after for sports analysis on Radio and Television.

But Samuel-Wemimo' s first and true love is writing. For him, writing began with reading. He describes how he used to salivate, back in his secondary school and university days, Whenever he saw a good book. He must have read well over 2000 books in his lifetime.

From writing he began documenting his own thoughts.Today, he is one of the most sought after writers on the social media. He publishes stories on his website, gbengawemimo.com, the first of its kind stories website that speaks about the pure, undiluted and unconditional love of the father.

Samuel-Wemimo's writing gift is deployed daily as a tool to pen true life's stories that lift and liberate the souls of men, and by extension, expand the kingdom of God.

With over, two thousand visits to gbengawemimo.com daily, his website is the delight of readers from around the world, most of whom call in for prayers of salvation, healing and deliverance.

Gbenga Samuel-Wemimo is also an evangelist who travels the world over to preach the gospel of salvation to the lost, and the message of grace for the edification of the Saints. His ministrations are marked with the demonstration of the spirit and power.

He is also the host, Life Issues with Gbenga Samuel-Wemimo, a radio show airing on Boomradio.com.ng every Sunday at 5pm GMT+1.

With over 135,000 followers across social media platforms GSW is a kingdom influencer on the social media, his work is bringing the living waters to the heirs of salvation all over the world

Samuel-Wemimo is married and blessed with Children

Get our free , straight to your inbox.